I know that my mission is for all the earth, not alone for my dear devoted followers in Christian Science…All my work, all my efforts, all my prayers and tears are for humanity, and the spread of peace and love among mankind.
Mary Baker Eddy
Interviewed in New York American, 1907. 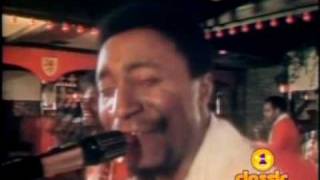 Not counting Idaho, 17 states have legalized gay marriage. Idaho’s governor has said he plans to appeal the decision by a US district magistrate judge.

Same-sex marriage supporters gather on the steps of the Idaho statehouse in Boise on Tuesday night, May 13, 2014, after US Magistrate Judge Candy Dale ruled earlier in the day that Idaho’s ban on gay marriage is unconstitutional.

A federal court overturned Idaho’s ban on same-sex marriage Tuesday, forcing the state not only to recognize same-sex couples married in other states, but also to permit gay and lesbian couples to legally marry in Idaho.

US District Magistrate Judge Candy Dale ruled that the statewide ban, which voters enacted in 2006, is unconstitutional and infringes on the rights of gay and lesbian couples.

“Idaho’s Marriage Laws withhold from them a profound and personal choice, one that most can take for granted,” Judge Dale wrote in her opinion. “By doing so, Idaho’s Marriage Laws deny same-sex couples the economic, practical, emotional, and spiritual benefits of marriage, relegating each couple to a stigmatized, second-class status.”

The Idaho ruling is the latest in a string of similar decisions since the US Supreme Court ruled last year that a law forbidding the federal government from recognizing same-sex marriages was unconstitutional. Since that ruling, no federal judge has upheld any statewide ban, according to the Los Angeles Times.

Not counting Idaho, 17 states have legalized gay marriage since Massachusetts became the first state to do so in 2003. Residents have challenged gay marriage bans in all but three of the 33 states that restrict marriage to heterosexual partners.

In Arkansas, which is also not counted among the 17 states, 400 gay and lesbian couples have received marriage licenses since a Pulaski County judge tossed out a voter-approved ban on Friday. Arkansas Gov. Mike Beebe (D), who has said he opposes same-sex marriage, told reporters Tuesday he thinks it will ultimately be up to the Arkansas Supreme Court to decide whether the marriages are valid. The clerks from two other Arkansas counties said they wouldn’t issue any licenses to same-sex couples until the case has been resolved by the state’s highest court.

On Monday, five couples brought suit against the State of Alaska, where voters approved a ban in 1998. And South Dakota couple Jennie Rosenkranz and Nancy Robrahn have said that they will file suit challenging that state’s ban, which was passed in 1996 and reaffirmed by constitutional amendment in 2006. Montana and North Dakota are the other two states that to date have unchallenged bans.

In Idaho, Gov. C.L. “Butch” Otter (R) has said that he plans to appeal Tuesday’s decision.

“In 2006, the people of Idaho exercised their fundamental right, reaffirming that marriage is the union of a man and a woman,” Governor Otter said in a statementaccording to the Associated Press. “Today’s decision, while disappointing, is a small setback in a long-term battle that will end at the U.S. Supreme Court.”

Dale argued in her written opinion that the American public does not have the right, even by majority decision, to restrict the rights of others.

“This case asks a basic and enduring question about the essence of American government: Whether the will of the majority, based as it often is on sincere beliefs and democratic consensus, may trump the rights of a minority,” she wrote. “[T]he facts are clear and the law teaches that marriage is a fundamental right of all citizens, which neither tradition nor the majority can deny.”