If all who ever partook of the sacrament had really commemorated the sufferings of Jesus and drunk of his cup, they would have revolutionized the world.  If all who seek his commemoration through material symbols will take up the cross, heal the sick, cast out evils, and preach Christ, or Truth, to the poor, – the receptive thought, – they will bring in the millennium.

. . . What a contrast between our Lord’s last supper and his last spiritual breakfast with his disciples in the bright morning hours at the joyful meeting on the shore of the Galilean sea!  His gloom had passed into glory, and his disciples’ grief into repentance, – hearts chastened and pride rebuked.  Convinced of their fruitlessness of their toil in the dark and wakened by their Master’s voice, they changed their methods, turned away from material things, and cast their net on the right side.

(Science and Health with Key to the Scriptures pg. 34-35) 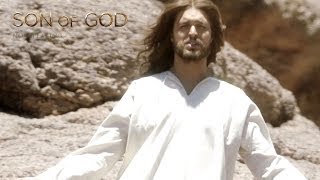 From the April 2014 issue of The Christian Science Journal

Have you ever struggled to release an unpleasant memory? It might be an old resentment over a perceived wrong or abuse. Or it could be guilt for a regretted action or failure to act. Suffering for past mistakes, ours or someone else’s, can seem to follow us like an unwanted shadow. We can’t change the past, and yet we know we need to leave it behind.

I yearned truly to forgive all concerned, including myself, and move forward with freedom and grace.

When I married right out of high school, a rift took place with some family members, which strained our relationship over the next 22 years. When my husband passed on, I no longer had contact with these loved ones, but the hurt and pain of unresolved issues remained. There may have been mistakes on everyone’s part, but I felt particularly guilty for my own prideful, immature, and often less than loving reactions to perceived transgressions. Now it seemed the opportunity for healing was gone. Yet, I yearned truly to forgive all concerned, including myself, and move forward with freedom and grace.

In praying deeply about this, I came across a helpful Bible story about events that took place just after Jesus’ resurrection (see John 21:1–12). Some of Jesus’ disciples had returned to their previous occupation of fishing and, after a long night of toil, had come up empty. Then a man on the shore told them to cast their nets on the right side of the ship. It was Jesus, but the disciples didn’t recognize him. Still, they followed his direction, and their nets were filled with fish. When they came to shore, Jesus had breakfast waiting and they realized it was, in fact, the Lord.

In the Christian Science textbook, Science and Health with Key to the Scriptures, Mary Baker Eddy wrote: “What a contrast between our Lord’s last supper and his last spiritual breakfast with his disciples in the bright morning hours at the joyful meeting on the shore of the Galilean Sea! His gloom had passed into glory, and his disciples’ grief into repentance,—hearts chastened and pride rebuked” (pp. 34–35). The idea that this was a joyful meeting jumped out at me. After this meeting, and their Master’s subsequent ascension, the disciples went on to spread Christianity to a spiritually hungry world.

Since Jesus was indeed our “Way-shower,” I began to look for the deeper lessons in his life story.

Jesus had been cruelly betrayed by one of his own disciples, and fearfully deserted by most of the rest. Yet, after the resurrection there is no indication Jesus spent time nurturing hurt feelings, holding on to a sense of injustice or resentment, or mourning over what a painful experience he had just come through.

Through his passion, crucifixion, and victory over the flesh, Jesus demonstrated dominion over supposed material laws by remaining steadfastly anchored in the spiritual law of Life. Jesus showed us that there is only God and His idea, man—the real spiritual man, who reflects only the harmonious activity of Spirit and is subject only to God’s immutable law of Love. These strong spiritual truths are all very encouraging, but how do we handle feelings of sorrow, resentment, and regret when they take up residence in our lives?

The disciples certainly had plenty of cause for regret, especially Peter who denied his Master three times. Yet, after that morning meal, Peter went forward with greater consecration, and himself demonstrated much of the dominion he had learned from Jesus’ example. Instead of being consumed by the darkness of a guilty conscience, Peter used the lessons he had learned to repent. He changed his way of thinking and living from one of human zeal, which often failed when put to the test, to humble obedience and consecration to the Christ, which remained even in the face of persecution. With this purified thought, he moved forward with the power of the Spirit, the Holy Ghost.

The spiritual qualities we experience in our daily lives shine through the mist of materiality, but they do not mingle with it, and so are indestructible and secure.

This example assured me that I really could leave false mortal history behind. In praying about the situation with my family members, I wanted to have a fuller, more spiritual sense of forgiveness. At the root of my prayers was my sincere desire to better understand how to follow Jesus’ example. I looked back on my past actions and could see situations where my own willfulness, impatience, or self-justification had led me to react poorly. As I listened for God’s angel messages, it became so clear to me that those ugly traits or reactions were not mine and had never been mine. Rather, these were the impositions that I could have a material personality and be separate from God, and I knew this could not be so because I am divine Love’s spiritual expression.

As I refused to identify with a material sense of myself and, instead, turned wholeheartedly to the Christ for direction, unlovely reactions gently fell away. I no longer felt anger, resentment, and sorrow about past actions by me and my family members.

Then I realized, “Of course, the same truth applies to everyone!” Analyzing and focusing on past wrongs of loved ones became pointless to me. Why would I want to rehearse a lie about God and His cherished children? My willingness truly to love and forgive those involved, including myself, has allowed me to move forward with freedom. Although I’m not in contact with these family members anymore, I bear them no ill-will and know we’re all on a journey with divine Love as our guide.

Admittedly, the practice of daily refusing to recognize un-Christly qualities as belonging to anyone requires continual diligence and reformation of thought and action. But there are rich rewards. My ongoing efforts have resulted in more harmonious relationships in all areas of my life. Though I sometimes have moments when I feel insecure and critical toward others, I can more quickly recognize and correct these flare-ups—often stopping them at the door of my thinking. This hard-won freedom and joy of trusting God to govern and correct His beloved children, and the willingness to be obedient to Love’s directions instead of to personal pride or self-justification, has allowed me to serve God more humbly and be a better peacemaker. Mary Baker Eddy explains: “… our material, mortal history is but the record of dreams, not of man’s real existence, and the dream has no place in the Science of being. It is ‘as a tale that is told …’ ” (Retrospection and Introspection, p. 21). This dream narrative can sometimes be compelling, fascinating, even shocking, but it never has substance or reality. The spiritual qualities we experience in our daily lives shine through the mist of materiality, but they do not mingle with it, and so are indestructible and secure.

The false remnants of that past naturally fall away as we forgive ourselves and others. We drop the gloom and doom of materiality and rejoice in “the sunlight of Truth, which invigorates and purifies” (Science and Health, p. 162). As we do this, we live in the resurrection that Christ Jesus so selflessly demonstrated, and this enables us to continue our journey toward the ascension—which Mrs. Eddy beautifully describes in this way: “The periods of spiritual ascension are the days and seasons of Mind’s creation, in which beauty, sublimity, purity, and holiness—yea, the divine nature—appear in man and the universe never to disappear” (Science and Health, p. 509).

We do have the ability to drop a false sense of the past and embrace the perfection of the eternal now, where divine Love, God, is All, and we are forever embraced as expressions of that Love. We can awake to present spiritual reality and leave the dream of a checkered past behind.