“Gwen Olsens words are powerful. Her message absolutely frightening. Below is a transcript of our conversation as well as a video of Gwen speaking out, including her appearance on a CBS Evening News Eye On Your Children news segment.

Adam Omkara: So you went into the industry with an altruistic mindset and you wanted to help people. When was it made apparent to you that the industry wasn’t based on that altruism, or even healing?

Gwen: Well, it was on the 2nd stage interview with the regional manager. He asked me why I wanted to get into the pharmaceutical industry. I said ‘well I really want to help people, that’s what I want to do’.

He kind of laughed, smiled, and said “Well, I’m not so sure about that. If altruism is what motivates you, then you better join the peace corp.” Then he smiled, turned around to his desk and started working on his calculator. He said “however, if money is what motivates you, let me tell you how you can retire a millionaire from this job young lady.”

He went into delineating my benefits, stock options, and it all turned into a big blur for me. I saw dollar signs. It sounded pretty good to a 26 year old. So, that’s how initially I was told it wasn’t altruistic.”

“After more than 50 years leading the fight to legitimize attention deficit hyperactivity disorder, Keith Conners could be celebrating.

But Dr. Conners did not feel triumphant this fall as he addressed a group of fellow A.D.H.D. specialists in Washington. He noted that recent data from the Centers for Disease Control and Prevention show that the diagnosis had been made in 15 percent of high school-age children, and that the number of children on medication for the disorder had soared to 3.5 million from 600,000 in 1990. He questioned the rising rates of diagnosis and called them “a national disaster of dangerous proportions.”

“The numbers make it look like an epidemic. Well, it’s not. It’s preposterous,” Dr. Conners, a psychologist and professor emeritus at Duke University, said in a subsequent interview. “This is a concoction to justify the giving out of medication at unprecedented and unjustifiable levels.”

Behind that growth has been drug company marketing that has stretched the image of classic A.D.H.D. to include relatively normal behavior like carelessness and impatience, and has often overstated the pills’ benefits. Advertising on television and in popular magazines like People and Good Housekeeping has cast common childhood forgetfulness and poor grades as grounds for medication that, among other benefits, can result in “schoolwork that matches his intelligence” and ease family tension.” 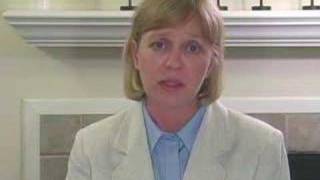 Safety First!  Parents teach it, Industry stresses it, and Patients need it.  But reports indicating that  patients are too often not receiving it are everywhere.

Patient Safety is surely the intention of kind-hearted seasoned physicians, and those newly entering the medical profession, all of whom make a vow –to do only good for the patients, and never do harm.  This has its foundation in the ancient Hyppocratic Oath.

That fundamental vow is challenged at many points in a medical practice, putting patients at risk.  Many physicians are raising red flags about daunting issues:  huge caseloads and overcrowding of medical facilities;  over prescribing and mixing drugs many of which have dangerous side effects;  medical mistakes including unnecessary or wrong surgical operations;  the profit motive that pays physicians for more treatments such as surgeries, rather than less, or even prevention of a disease;  the storage and labelling of medications;  unrealistic expectations of patients and their families;   and the pharmaceutical corporations with the power of persuasion aimed at both patients and physicians.  Whether individually or in combination, these carry inherent risks and some create a system within which patient safety is diminished.

The issue of safety has reached such levels of concern to bring both the US and Canada to a point of holding  a patient safety awareness week each year.  Canada’s is this week.

The World Health Organization (WHO) is concerned with patient safety world-wide.  A WHO report states that 1 in 10 patients in a hospital or care facility in a developed country have had ill effects or death from some unsafe practices.  The ratio is 20% higher in the undeveloped world countries.  See Facts on Patient Safety from World Health Organization — 10 points to be aware of.

Perhaps the most unsettling information to recently come to light is the fact that doctors often choose not to take the same treatments or medications that they prescribe for patients. This is true especially in cases of terminal diagnoses, but also in other cases.

Perhaps, it is time for a modified oath, one that adds to the “do no harm” clause the almost universal creed known as The Golden Rule.  If physicians and other medical professionals were to prescribe or treat only “as you would have others do to you,” how might the experience – and safety – of patients change?

There is an increasing awareness that huge changes must be made in medical systems around the world.  The recent US release of the film ESCAPE FIRE exposes many flaws in what they call a broken health care system.  The film sheds light on what one physician, Dr. Don Berwick, and an institute he founded — the Institute for Healthcare Improvement — are doing to change the system and encourages others to do so.  See a trailer here.

And here in Canada, strong efforts are being made within some areas of the medical community to rethink and renovate patient care.  For example, in the province of Prince Edward Island, since the spring of 2011, there has been a huge cultural shift for better practices and patient safety.  It is a model that is at work in other Canadian provinces too.  Read more here.

It seems to me that these examples of people within the medical system working to improve safety and care, speak to that full sense of the Golden Rule as Jesus gave it over 2000 years ago.  He stated it as a moral, ethical and spiritual rule of conduct:   to “Treat other people exactly as you would like to be treated by them.”  [Phillips New Testament in modern English.]

Jesus’ healing work was compassionate, immediate, effective.  He didn’t offer people treatment he would not have chosen himself.  He trusted the healing power of God for his patients as much as he did for himself and was sure it had no harmful side effects.  His words and acts inspired trust and a sense of peace.  Both of those are essential elements of the patient-caregiver relationship.  They are present in the daily work of many physicians and nurses in their work with patients.  But the health care system itself is the patient in need of intensive healing; and it is beginning to get that critical help in the work of caregivers like Berwick and others working to reform the system from within.