An explorer from Ireland, Captain Sir Ernest Shackleton, later wrote, “When I look back I have no doubt that providence guided us not only across the snowfields, but across the storm-swept sea. I know that during that long and raking march of 36-hours, over unnamed mountains and glaciers of South Georgia, it seemed to me often that we were four, not three. I said nothing to my two companions, but afterwards Worsley said to me, ‘Boss, I’d a curious feeling on that march that there was another person with us.’” 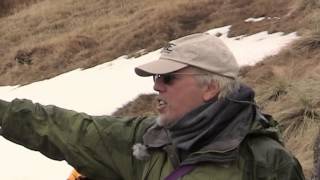 A Tribute to Sir Ernest Shackleton

This video is a tribute to Ernest Shackleton by Peter Harrison. Peter recounts to amazing story of Shackleton’s expedition to the …

When the Winds are Contrary

From the March 18, 1905 issue of the Christian Science Sentinel

* Photo below: Courtesy of allposters.com

The human heart longs for ease, for present comfort of the flesh, saying within itself, that this world were quite heaven enough, could its promises be kept and its joys be made permanent. Such a life lifts not its eyes above the level of present achievement, nor sees the relationship between the immediate disappointment or trial and the wholesome lesson learned thereby. The youth, in impatience to realize all his dreams, looks to his future material existence as the arena for his triumphs, and only as time and experience expose the temporal and unsatisfying nature of things worldly and material, does he grow to see that nothing save the divinely good endures in the passing of the three-score years and ten. This supreme lesson, that spiritual dominion over the material self is alone great, is well learned when human loss and pain prove, of themselves, the powerlessness of matter to save itself from itself. And all philosophy and theology have united in declaring that humanity’s most purifying lessons are learned through these paths of limitation and sorrow.

Christian Science, however, comes to the suffering sense which is striving to be resigned to the incurability of earthly discord, with the actual proof that the discord is curable; and it is just at this point, where material means are at an end and all merely human affection and effort are powerless to rescue and redeem, that the saving Christ-mind finds its opportunity to minister actively to the human need. In the sixth chapter of Mark’s Gospel it is recorded that Jesus saw the disciples “toiling in rowing; for the wind was contrary unto them.” And he came to them saying, “Be of good cheer: it is I; be not afraid.” Surely the Christian to-day can testify, as well, that he hears most clearly the voice of the Christ when the winds are contrary,—hears it most clearly because in such hours he needs it most sorely and listens most earnestly.

How many times poor human nature forgets its need of God, when the seas are calm! Perfunctory gratitude, perhaps, for all good fortune, characterizes the hours of ease, but the full awakening to the actual vital need for the Christ comes only when the winds are contrary. Thus driven heavenward the Christian learns eventually to trust not the smoothness of mortal mind’s waters, and so strives always to lean upon his God. Under the action of Christian Science, the turmoil is subdued by a Divine presence above and beyond the realm of the discord. The contrary winds are not subdued by other winds of opposing direction, nor by the calm which follows in the wake of exhaustion, but are so stilled by the voice of the living Christ that never again can that same storm arise. Christian Science healing does not build for an animal sense of health in matter as against disease in matter, does not eliminate fear by material reasons for encouragement, does not dispel sorrow by bestowing an equally personal sense of joy. It makes no exchange of goods in the realm of materiality, but lifts thought beyond the reach of matter’s laws for either disease or health, fear or courage, sorrow or joy. When Christ walks upon the troubled waters, material law is hushed, and that peace which belongs alone to Christ, which the world cannot control in the giving or the removing, comes, and abides. This is the true Christian healing. This is the spirit of that deliverance which is coming daily to the faithful student of Christian Science. The winds may in deed have been contrary, and the “toiling in rowing” laborious and painful; but the heart which is thus driven to desire its Christ, hears in the right hour, the loving “Be of good cheer: it is I; be not afraid.”

When the Christian meets adversity as something which tests his fortitude and develops his strength, he cannot complain of it as hardship, nor lament because of its coming. He faces it cheerfully, as it arises in the course of experience, for he is learning that its uses are indeed sweet. That loss or trial which is so severe that no human desire or will can bring deliverance or adjustment, opens the very heavens of spiritual compensation, and brings the answering Christ into the storm, stilling its fury with the actual overcoming of the forces of evil. How is evil to be destroyed, until its conspiracy has raised such “contrary winds” that its dangers become evident? When the seas are calm the sense of safety is undisturbed, and there is found less effort to seek the saving Christ. If in all the ages there could be found one uniformly happy human life, with all its ambitions gratified, all its desires satisfied, all its efforts successful, there would be argument that the human life can take care of itself, and needs no saviour outside itself. But in all history no such instance may be found; and the lives which stand forth as inspiration to all mankind are those which have been goaded and pricked and stung into spirituality because there was no repose for them in anything less than the highest and the best. Shakespeare has said,—

“When the sea was calm, all boats alike showed mastership in floating.”

There must needs be sharp conflict with evil, ere it is proven that no severity nor fury of circumstance can wrest this mastership from man’s possession.

The students of Christian Science are striving to discern as their Leader has discerned before them, the meaning of Christ’s “coming.” And when one has learned that a right thought, however simple, is a Christ-thought, and that the mission of this Christ-thought is to subdue and destroy the opposing self-thought, he has learned the way in which the Christ comes. That Mind “which was also in Christ Jesus,” must be expressed by thoughts which are Christ-like in nature. This Christ-mind must impart itself to an individual through these Christ-like thoughts, and each Christ-like thought, while it is entertained, saves the thinker from thinking, at that moment, the destroying thought. In this way, the Comforter comes into every heart which is preparing a place for him, and Christ does indeed subdue the storm. If a pure Christly thought be entertained only faintly or occasionally, in the degree of its presence it has “come,” and it has come to save. What a wondrous revelation Christian Science has given the world in this knowledge that present Christly thinking is the individual saving power! The sinner and the sick man are encouraged to cherish the one first thought, however faint it may be, which brings the message of righteousness and peace and health. For thus cherished, it multiplies, and the first faint answering whisper of the desired Christ must grow into the understanding of the risen and victorious Christly thinking which stilled the tempest through Jesus of Nazareth, and which to-day stills the elements of evil and makes for reformed and purified men and women. Can there be a simpler mental action than this of cherishing, one at a time, the thoughts which are Christ-like in nature? And can there be any other way of casting out, even one at a time, the un-Christ-like thoughts which occasion the contrary winds? Indeed, the way of reformation and salvation is so simple that it is often overlooked, and well may any man rejoice even when the winds become so contrary that they force him to find the Christ in this way of Christ’s coming.