An explorer from Ireland, Captain Sir Ernest Shackleton, later wrote, “When I look back I have no doubt that providence (the protective care of God) guided us not only across the snowfields, but across the storm-swept sea. I know that during that long and raking march of 36-hours, over unnamed mountains and glaciers of South Georgia, it seemed to me often that we were four, not three. I said nothing to my two companions, but afterwards Worsley said to me, ‘Boss, I’d a curious feeling on that march that there was another person with us.” 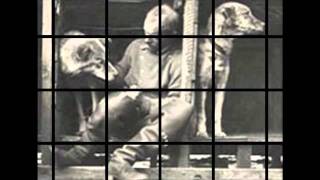 A Heart and a Spirit that Won’t Quit

From the February 24, 1992 issue of the Christian Science Sentinel

So much of our daily diet of communication seems to convey the message that nothing is working and that nothing can possibly be made to work. The constant depiction of urban violence and poverty, ethnic divisions and conflicts, economic woes, and political cynicism may foster a feeling of helplessness.

Yet people aren’t helpless, and it’s important to remind ourselves of this. Not only do people battle back amazingly from so-called natural disasters—earthquakes, fires, floods, tornadoes, and so on—they also show incredible courage in facing and overcoming personal challenges and handicaps.

Sometimes, focusing primarily on the challenges we all face, we lose sight of this remarkable resilience. But one thing is clear, whether you look at tonight’s news or the grand sweep of history: individually and collectively, humanity has a heart and a spirit that just won’t quit.

Like the seedling that bursts up through the airport tarmac, or eventually splits the great rock, this indomitable spirit will not be denied. It is rooted in something far deeper than biology or culture; it is sustained by something far more powerful and permanent than the quantum dance of atoms and electromagnetic forces.

What is this irrepressible spirit? In the beautiful, poetic words of the Bible, “The spirit of man is the candle of the Lord.” God has set a light in our hearts, shining in the darkness of human hopelessness with the unquenchable radiance of Spirit. Although unseen to the material senses, this “candle” enlightens human consciousness, gives rise to irrepressible hope and the ability to transcend material limitations.

From the standpoint of scientific Christianity this light isn’t merely a spark of the divine that has somehow found lodgment in a dark material world, giving us hope of some future heaven. This light is a glimpse of reality itself; not another reality but the only reality, which the material senses do not comprehend even though it is all around us and as close as thought itself. This is the reality Christ Jesus was talking about when he said the kingdom of heaven was “at hand” and within.

This divine reality is something we may have suspected to be true all along, in our heart of hearts: that God really is unchanging, impartial divine Love; that we really are God’s children; that sickness, sin, and death are not what we are all about; that there has to be more to life than what seems evident.

It is tremendously heartening to begin to realize that our highest hopes are grounded in what already is: the glory of man as the very image of God Himself. As the Discoverer and Founder of Christian Science, Mary Baker Eddy, puts it: “God expresses in man the infinite idea forever developing itself, broadening and rising higher and higher from a boundless basis. Mind manifests all that exists in the infinitude of Truth. We know no more of man as the true divine image and likeness, than we know of God” (Science and Health with Key to the Scriptures).

Negativism and hopelessness have no future against such an inexhaustible light and truth. Though our present sense of spiritual reality may seem faint at times, nothing can actually remove God’s spirit from our hearts. It’s there, always there, because the reality of our being can’t be changed. We are God’s forever developing, forever progressing spiritual idea, or expression, and to live in this way is to have the courage and inspiration that help us and others break free of the denial of all we truly are.