As supporters and opponents of Proposition 8, the controversial California measure banning same-sex marriage, sifted through the arguments made before the Supreme Court Tuesday morning, they could agree on one thing: This is a watershed moment.

Both sides of gay marriage fight agree: today was historic 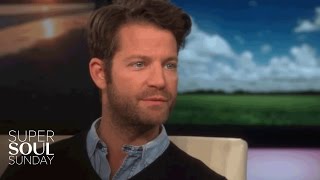 Nate Berkus: “Being Gay Is the Way I Was Born” – Super Soul Sunday – Oprah Winfrey Network

Being Gay Is Not A Choice

They’ve done dozens of shows together, but Oprah and Nate Berkus have never had a conversation like this. On “Super Soul Sunday,” Nate talks to Oprah about coming out, the cancellation of his talk show and his new book, The Things That Matter.

In this clip, Nate talks about sitting his father down and explaining to him that being gay is not a choice.

Nate says he had an aha moment when his father said he wasn’t placing as much importance on Nate’s being gay as Nate was.

“‘I do love you, I do respect you, I do admire you,'” Nate says his father told him. “‘If you say that you were born this way, and you didn’t make a choice, then we’re good.'”

That was a defining moment in their relationship because “I knew that if I had his base level of respect, I could move forward,” Nate says.

Watch Oprah’s interview with Nate Berkus  on “Super Soul Sunday” on OWN.