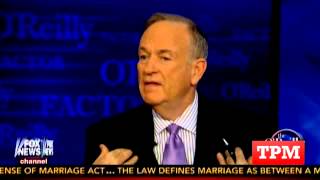 If Justice Kennedy’s comments and questions during the session are an accurate indication, the federal statute may well be struck down.

The US Supreme Court took up its second major gay rights case in two days on Wednesday when it heard argument in a potential landmark case testing whether the 1996 Defense of Marriage Act violates the equal protection rights of gay and lesbian married couples.

During nearly two hours of argument, the justices appeared to divide along traditional liberal-conservative lines, with Justice Anthony Kennedy residing – once again – at the center of the nine-member court.

If Justice Kennedy’s comments and questions during the session are an accurate indication, the federal statute may well be struck down.

Kennedy repeatedly raised concerns that the federal statute was in conflict with the traditional power of the states to regulate marriage.

The justice took exception to a comment by a lawyer defending the statute that all the Defense of Marriage Act (DOMA) did was define marriage for purposes of federal law.

Kennedy said the definition applied in 1,100 different contexts which meant that federal influence was “intertwined with the citizens’ day-to-day life.”

That, he said, put the federal government at a “real risk of running in conflict” with core powers retained by the states, including the power to regulate marriage, divorce, and child custody.

The lawyer, former Solicitor General Paul Clement, said Congress was simply seeking uniformity in the provision of federal benefits, not to regulate marriage at the state level.

Kennedy was unconvinced. “The question is whether or not the federal government, under our federalism scheme, has the authority to regulate marriage,” he said.

At various points during the argument, Justices Ruth Bader Ginsburg and Elena Kagan, both members of the court’s liberal wing, offered comments in support of Kennedy’s concerns.

Chief Justice John Roberts also appeared to be trying to frame an argument about federal power to draw Kennedy in a more conservative direction.

It is still too early to know with certainty which way Kennedy will ultimately go, and whether his expected swing vote will align with the high court’s liberals or conservatives.

But it is clear from his comments that he is deeply concerned about the impact of the federal statute.

DOMA restricts the receipt of federal marriage benefits to opposite-sex couples by defining marriage as a union between one man and one woman.

By using that traditional definition of marriage, same-sex spouses who are legally married in states permitting gay marriage are blocked from receiving the same 1,100 benefits available to opposite-sex spouses.

Unlike every heterosexual married couple in the US, married homosexuals can not file joint tax returns, receive spousal Social Security benefits, or qualify for family health insurance for married federal employees.

“DOMA was not enacted for any purpose of uniformity, administration, caution, pausing, any of that,” US Solicitor General Donald Verrilli told the court.

“It was enacted to exclude same-sex, lawfully married couples from federal benefit regimes based on a conclusion that was driven by moral disapproval,” he said.

The solicitor general added: “I think it’s time for this court to recognize that this discrimination, excluding lawfully married gay and lesbian couples from federal benefits, cannot be reconciled with our fundamental commitment to equal treatment under law.”

Coming on the heels of Tuesday’s oral argument on California’s Proposition 8 ban on same-sex marriage, the high court’s sessions over the past two days mark an historic reexamination of gay rights in America.

With recent polls showing that between 53 and 58 percent of Americans now approve of same-sex marriage, gay rights advocates say full recognition and equal rights for gay and lesbian married couples is inevitable. They stress that the high court should act now to strike down Proposition 8 and DOMA and stake out a position on the right side of history.

Supporters of the traditional definition of marriage are urging the high court to take a go-slow approach and permit the controversy over same-sex marriage to continue to percolate through the democratic process.

On the other side, 31 states have passed constitutional amendments banning same-sex marriages, and a handful of other states have enacted statutes to achieve the same result.

A question of equal protection

The question in the DOMA case is whether the statute violates the Constitution’s guarantee of equal protection.

“Because of DOMA, many thousands of people who are legally married … are being treated as unmarried by the federal government solely because they are gay,” said Roberta Kaplan, a New York lawyer for the plaintiff in the case, Edith Windsor.

The high court case stems from a lawsuit filed by Ms. Windsor following the passing of her life-long companion, partner, and spouse, Thea Spyer. They spent 44 years together in New York with a dream that someday they would be able to marry.

The couple were married in Canada in 2007. Ms. Spyer passed away two years later and left her estate to her wife. Federal law allows a spousal exemption from the estate tax. But DOMA’s definition of marriage meant that only opposite sex couples could claim the exemption.

The IRS treated Windsor as if she and Spyer were complete strangers. Windsor was forced to pay $363,000 in estate taxes that would not have been owed if her spouse had been a man.

During her argument to the court, Ms. Kaplan was asked whether she believed that lawmakers who passed DOMA in 1996 were motivated by moral disapproval of gay people.

DOMA passed with overwhelming bipartisan support. The vote was 85 to 15 in the Senate and 342 to 67 in the House of Representatives. Then-President Bill Clinton signed it into law.

“Times can blind,” Kaplan told the justices. “Back in 1996 people did not have the understanding that they have today.” She said many Americans in 1996 thought that gay couples were fundamentally different than straight couples. That misconception has been largely erased, she said.

“I suppose the sea change has a lot to do with the political force and effectiveness of people supporting your side of the case,” Chief Justice Roberts asked.

Kaplan disagreed. She said gay rights activists have less political power today than women had in the early 1970s.

“As far as I can tell, political figures are falling over themselves to endorse your side of the case,” Roberts said.

In his final appeal to the high court, Mr. Clement, the lawyer defending DOMA, told the justices that the political process is helping to resolve the gay marriage issue state-by-state and at the national level.

He said it comes down to a combination of political power and persuasion. “That’s what the democratic process requires. You have to persuade somebody you’re right,” he said.

Clement added: “That is going on across the country.” He noted that even Congress was not immune, that they had repealed the ‘don’t ask, don’t tell’ restrictions on gays in the military.

He urged the justices to allow the democratic process to continue.