Thou art right, immortal Shakespeare, great poet of humanity:
Sweet are the uses of adversity; Which, like the toad, ugly and venomous, Wears yet a precious jewel in his head. 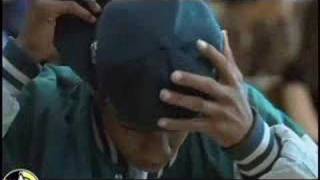 10:00 minutes – “Freedom Writers” is based on the true story of Erin Gruwell (played by Hilary Swank) and a diverse group of racially charged students. Unfortunate moments add up to memories that scar us with little or no explanation as to “why” it had to happen. This film inspires viewers to give hope a chance, even under the pressures of society. The Freedom Writers found an outlet to express their angst and rebellion through the help of their mentor, their teacher. Together, they mentally battled their way to survival. Sometimes the best way is the “write” way.

‘Love is the question and the answer’

From the January 20, 2003 issue of the Christian Science Sentinel

Mel King, who has experienced discrimination “many, many, many” times in his life, doesn’t hesitate when you ask him how prejudice can be healed: “Teaching … good teaching.”

He once wrote a young woman who longed to be an effective teacher: “In the middle of the word teacher is each. Then he and her. Of course it starts with t (tea). It gets better as it steeps. In the best sense, it’s the relationship that kindles the fire.”

King is never in a hurry. Ask him a question, and he’ll take as much time as he needs to think it over—and often much more time to answer. He’s a tall man with a resonant voice, but there’s nothing aloof about him. He speaks so softly that you have to listen hard to catch what he’s saying. Yet it’s worth the effort, as many students at Massachusetts Institute of Technology, community activists, politicians, and neighbors and children in the South End of Boston readily confirm.

But people weren’t always willing to listen to King—or let him into their lives. He remembers the day he applied for a job at Gilchrist’s a long-defunct department store. “They seemed impressed that I was a high-school graduate,” he says, “until they showed me to the job. It was on a shoeshine stand!”

When he had progressed to a master’s degree in education and went to talk with some of the people in the school system, the first thing one of them said was, “We don’t have any ‘Negroes’ here.”

“Even today,” says King without bitterness, “I find clerks in some stores putting the change in the hands of a person who’s white, but on the counter for a person like me to pick up.”

How then did he move on from this kind of humiliation?

“At one point I took the word live. I removed the i and replaced it with an encircling, embracing o. And when you think in those terms, you move, as Martin Luther King, Jr., would say, from self-interest to other-interest. And so for me, the whole notion of looking at what it means to live is only as meaningful as you are inclusive on the basis of love.”

King says he met the challenges as best he could by listening to his parents and to his Sunday School teachers.

“We were taught you did nothing to denigrate or shame either the family or the race. You just had to be better—in school, athletics, work, whatever. A track coach put it this way: ‘Never risk being in a photo finish with a white runner. Win by at least five yards.’

“I was also taught that anyone whose behavior was racist had a problem. It was their sickness—nothing more than their belief that they had to use somebody else to feel good about themselves. This became a shield for me in dealing with the name-calling, discrimination in the job place, and so on.”

King learned a lesson on name-calling when, as a thirteen-year-old at the time of Pearl Harbor, he joined in calling the Japanese “some awful names.” A youth fellowship leader in his church quickly put him right by reminding him that he didn’t like it when people used the “N-word” to him, so why would he do anything like that to the Japanese? “I have to tell you, that was the last time I called somebody names.”

King says he was also helped by the fact that he grew up in the South End of Boston. “It was as diverse as any community on the planet. We knew people from as many as 30 different racial, ethnic, and cultural backgrounds. We knew about their lives, and they knew about ours. And these were my friends. Growing up in those streets, we shared a unique, incredible set of experiences that reinforced the values that came from my folks and from the church.

“At the same time,” King adds, “I don’t want to let off the hook people who haven’t grown up in the same circumstances. They also have to see for themselves the ways in which caring and love manifest themselves in our everyday life and work. These values have to be the motivating force in the way we live and think in the world.”

“If people will go back to fundamental values and be willing to challenge institutions on these values, we’ll be fine.”

This brings our lively conversation back to the schools, where the groundwork has to be laid, insists King.

“If kids begin to think that they’re not worthy of having the best happen for them, or develop an indifference to what’s possible for them, they have nothing to aspire to. And aspirations relate in my mind to church spires. The rhetoric around the schools has to point upwards. The children have to understand they’re valued, and that the work they’re doing is important. We have to convince them that achievement is possible for them. Also, they have to learn to value themselves, and lift each other up as they grow and move forward.

“Most of them need to be shown that school can be fun. And once they’ve finished school for the day, I’d like them all to have opportunities to try community work—helping others and appreciating what others can do for them. Also, discovering poetry, music, the stars, the oceans, and those kinds of things.

“The environment that I grew up in had a profound impact on me,” continues King. “I really believed that Jesus loved little children—all the children in the world. Also that, as the hymn puts it,

In Christ there is no East or West,
In Him no South or North;
But one great fellowship of love
Throughout the whole wide earth.

“This got reinforced in our house. From an early age, I saw it in the way my parents related to each other and to other people, and how they talked about other people.

“I often wish that more adults had a real vision for the future; that they took more time to look at issues in their community and in the world that call for giving, loving, sharing—especially sharing.

“For example, we could ask ourselves, ‘Do we need to spend billions of dollars on weapons of mass destruction when more people die each day from disease or lack of drinkable water than were killed on September 11? Have we allowed materialism to distort how we value people?”

“After all, with the loaves and the fishes, Jesus didn’t ask people to take a means test. He said we have to share what we have with everyone.

“So if people will just go back to these fundamental values and then be willing to challenge institutions—the church included—on these values, we’ll be fine. There won’t be prejudice or discrimination. It’s not like there’s a need to invent anything new by way of relationships. It’s already established that we are one family, that we share the planet and our humanity. In the Heavenly City, all trives are welcome.”